Common Name: Zhuang Yang Chuan Jiao Nang
Product Name: Dao Jun
Cistanche deserticola can regulate the amount of nucleic acid content in liver and spleen for yang deficiency and yin deficiency animals. It can activate adrenal gland and release cortical hormone. The mechanism of the ingredient is to enhance the function of hypothalamus-pituitary-ovary luteinizing hormone. This effect is not due to their direct stimulation of pituitary luteinizing hormone secretion, but to improve the responsiveness of pituitary to LRH and ovary to LH. It is suggested that the function of tonifying kidney of traditional Chinese medicine lies in improving the regulation mechanism in the body and playing an active therapeutic role through the restoration of the internal function of the body itself.
Testimal research:
Through the research on the effect of Cistanche deserticola on the DNA synthesis rate of “yang deficiency” animals, it is found that hydroxyurea reduces the DNA synthesis rate due to its inhibition of the reduction reaction of nucleotides at the diphosphorylation level, and protein and energy metabolism disorders cause “yang deficiency”; Cistanche deserticola may contain a bioactive factor that activates nucleotide reductase, thus it can significantly improve the DNA synthesis rate of “yang deficiency” animals and promote RNA synthesis. Improving nucleic acid metabolism of protein; Adding its dilute ethanol extract into drinking water to feed rats has the effect of promoting growth and development. 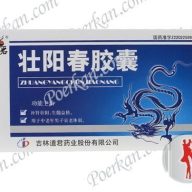